Since the beginning of the nineteenth century, taxes have to be paid in the Netherlands on an inheritance. This tax is called inheritance tax. To determine how much heirs must pay in inheritance tax, a succession memo is drawn up after someone's death. It describes what the inheritance consists of, what its value is and who the heirs are.

Search the index on memoranda of succession

The memoranda of succession of the following sources can be searched here: 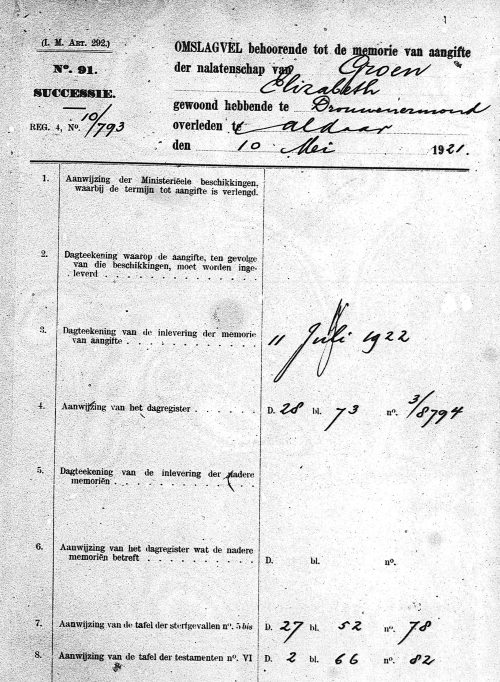