The Royal Decree established the slave register in Suriname in 1826. This happened to combat the illegal slave trade. The international slave trade from Africa was already banned at that time, but the smuggling of people to Surinam continued. A mandatory registration of all slave people with name and age, including birth, death and any change of ownership, had to make it impossible to illegally enslave people and thus stop the illicit trade.

According to the decree of 1826, slave owners had to give up the people in their possession to an official in Paramaribo or New Rotterdam (for the inhabitants of Nickerie and Coronie). After that, every 'mutation' had to be reported to this official, such as births, deaths, purchases and sales. In this way it was made almost impossible to include illegally smuggled people in the slave registers. 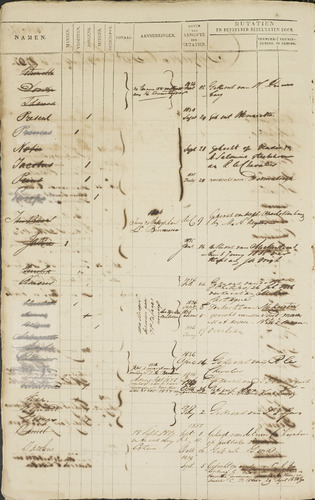