Also during the Second World War, the Amsterdam (municipal) police kept so-called report reports, in which the guard commander of each police station and every police station recorded what had happened at that desk or that post that day. That could be anything: a citizen who reported the loss or theft of his wallet or bicycle, a burglary, assault or worse. Agents and investigators reported on investigations they had initiated: in the event of a burglary, a fire, a traffic accident, trafficking in women, trafficking in opium or after the discovery of firearms or a corpse. It was also recorded who was locked up that day and for what and whether he was released or brought before the examining magistrate.

Search the index on police reports 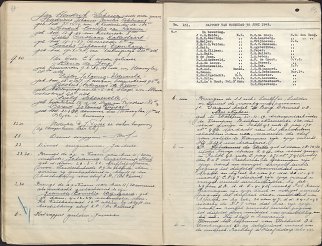